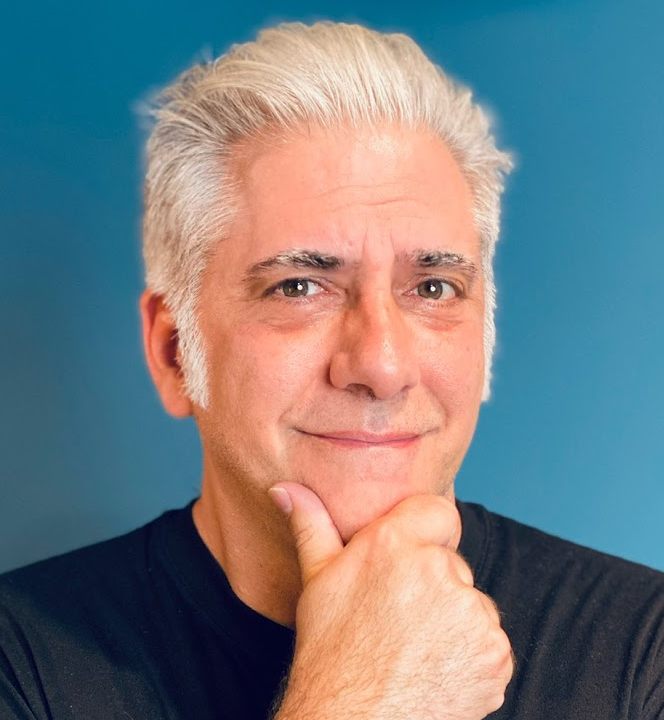 Among some of the famous YouTube stars, Rick Beato makes a list with a huge fanbase. Read this to know Rick Beato’s Net Worth and wife.

Rick Beato is a man of many talents. He is a musician, songwriter, record producer, and YouTube personality. Similarly, Rick has written numerous songs, engineered and produced records also. Collaborating with other brands such as Needtobreathe and Shinedown has also brought massive success to his musical career.

This sensational musician was born on the 24th of April 1962. As of 2021, he is 59 years old. Despite aging and growing a significant amount of grey hairs, Beato is still eager about his work and is full of energy and passion.

According to Rick Beato Wikipedia page, Beato belonged to a large family in his hometown of Fairport. His parents were blue-collared workers. However, he has not revealed his parents’ name.

Beato has six siblings and is his parents’ sixth son among the seven. Since the family was large, Rick’s parents faced difficulty raising the children.

Nonetheless, Rick’s mother worked in a Can company, whereas his father worked multiple jobs to support the family.

Rick’s father was a fan of Jazz music and had plenty of records in his house. Rick would listen to his father’s record every day. Slowly, he started to get interested in jazz music.

Later on, Rick began to play the guitar. Once, Rick Beato broke his ankle and had to stay at home for months. This gave him enough time to learn and practice his guitar lessons all by himself.

Rick had an enduring passion for music from an early age. It was as if Rick’s destiny was to be a professional musician. He played bass and the cello when he was still a third-grader. By the time Rick was thirteen, he had mastered playing the guitar.

Rick Beato graduated with a bachelor’s degree in music from Ithaca College. Furthermore, Rick earned a master’s degree in jazz studies from the New England Conservatory of Music.

During his time in academia, he participated in activities like a session musician and university professor of music and arts.

After completing his education, Rick invested his whole time in rock music. He began his musical career by involving with the band, Rival Sun.

Rick even worked as a rock guitarist for the group Billionaire. During his stay with the group, he learned about the basics of music production and engineering. This was the beginning of his new career.

As per Rick Beato Wikipedia page, throughout his career, he has helped various bands in making and producing music. He has also trained many people in the past. As of now, he focuses mainly on growing his empire on YouTube.

The one with millions of subscribers was hesitant to start his YouTube channel at the beginning. That was until his intern Rhett Shull kept insisting Rick open a YouTube account. So, Rick decided to try this new field.

His first video on Youtube was titled “Rick Beato Everything Music Trailer.” In his first video, he mentions that he will cover various subjects such as producing, mixing, music theory, jazz, improvisations, and audio engineering.

His video was famous among the people. Many even found it educational and easy to understand. Since then, he has uploaded thousands of videos. His Youtube channel consists of videos on Guitar Videos, Film Scoring, Ear Training, Music Theory, and Training.

Rick’s channel is one of the very early channels which brought 35 long years of music experience. At the time, none of the other channel’s stars had such long experience in the music field.

This separated his channel from other media. Apart from this, the variety of topics he covers is also unique. This makes his channel one of a kind and popular among music enthusiasts.

Rick is also vocal about the fair use of music for Youtube channels. Some of his videos were taken down by Youtube, citing copyright claims.

In his testimony, he says that if a creator uses snippets of a song to demonstrate his/her point, it should be allowed. According to his testimony, this should fall under educational purposes.

So far, he has released over 400 videos on his Youtube channel, grossing over 2.29 million subscribers.

Apart from being a successful musician and teacher, he has also published books. Since he had access to a vast amount of information about music from an early age, he combined all the knowledge he gained and wrote The Beato Book. The book is available on his website.

Rick Beato also sells merchandise on his website. The inventories are T-shirts, CDs, and other accessories. The merchandise is relatively cheap and gets sold quickly. They are popular among his YouTube fans.

As of now, the 59-year-old is a married man. Rick’s wife’s name is Nina. There is not much information about her.

Nonetheless, they share three children. It seems that Rick wants to keep his personal life a secret. Likewise, Rick said that he does not post pictures of his wife on his Instagram as she does not like to have her photo taken.

Perhaps his wife likes to stay away from the limelight. Rick has also not revealed how long the couple dated before marrying each other nor their exact marriage date.

Nonetheless, we know that Nina is a project coordinator and laboratory manager at Georgia State University.

One of Rick’s children is Dylan. Dylan has been a star of many of Rick’s videos. Due to Dylan’s popularity, he is one of the most requested guests as well.

So far, Dylan has featured in 51 of Rick’s videos. In one of the videos, Rick plays a note on his piano while Dylan has to guess which note his father was playing.

These videos focus on ear training for perfect pitch. One of such videos has more than 3 million views on Youtube. That segment is one of the most popular series on his channel. Along with Rick, Dylan has also become a slight social media sensation.

Rick sometimes shares the family’s photo on Instagram. Rick Beato is a family man and enjoys spending time with his family. Nina has always supported Rick over the years.

It seems that Rick and his wife are happy together. They live in Atlanta, Georgia. The couple has settled there since the 90s.

Being a musical expert has helped Rick in accumulating a considerable fortune. Most of his income came from producing music and teaching music to others, both in-person and online, through YouTube.

He has such a large fanbase that Rick did not want to let that opportunity slide away. This is why he sells books and merchandise through his website.

The books for Interactive and training programs cost $31 and $119, respectively. Similarly, Rick sells other merchandise such as t-shirts, CDs, etc.

Apart from that, his source of revenue is YouTube. His channel has more than 163 million views. This means that he also earns income from advertising on Youtube.

Along with Youtube, he also receives Royalty from the songs he writes. By estimating all these factors, we can predict that the net worth of Rick Beato is approximately $1 million.