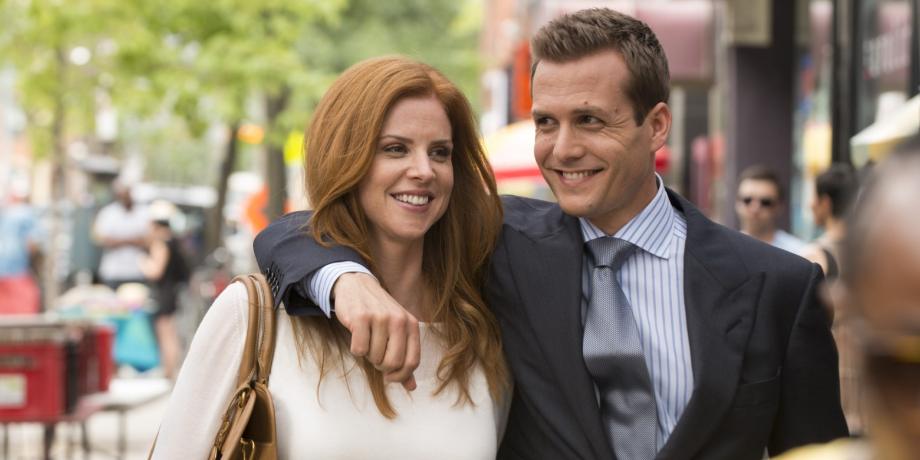 Sarah Rafferty is a television personality who specializes in both television and film. She was born back on December 6th, 1972, in New Canaan, Connecticut. Her body of work is extensive. She has worked on movies like The Devil Wears Prada and All Things Valentine.

If we had to pick on a project that propelled her to fame, it would have to be Suits. Perhaps less famous is Sarah Rafferty’s husband, Santtu Seppälä, who is a prominent figure in the world of finance. This is what we know about him.

Aleksanteri Olli-Pekka Seppälä is a financial strategist and expert who works with the Angeleno Group in Los Angeles. This is a venture capital & private equity firm established in 2001. The company prides itself on making smart investments on a global basis. So far, Santtu has been with the organization for eight months, dating back to March 2021, when he was first brought on to work as the VP of Strategy & Business Growth.

This is not the only financial firm he has worked for. At the very start of his career, he was hired by the Salomon Brothers in 1993. Back then, it was easily one of the most profitable companies on Wall Street. Seppala stayed on for two years before heading to his native homeland, Finland. It was here that she’d enlist in the Finnish Defence Forces, serving as a Corporal for over a year.

A few years later, Santtu Seppala moved back to New York, where he joined Lazard Asset Management. His most significant career change would come in 2008 when he became a member of the Kiitos Capital Management. The company mostly dealt with hedge funds. A look at Santtu’s profile shows that he stayed with the organization for more than 13 years.

Santtu Seppala was born on the 6th of December 1974 in Illinois. He is an American Citizen who will turn 47 years old by the end of the year. Santtu is the son of Anti Seppala, a Finnish native who worked in Pharmaceuticals in the town of Lake Forest.

Sarah Rafferty and her spouse, Santtu Seppala, first started dating in 1994 before enlisting in the Finnish army. The relationship blossomed after Santtu returned from his military service. Seven years after they got together, the two were ready to settle down.

The ceremony took place on the 23rd of June 2001. It was held in the presence of friends and family at St. Mary Greenwich Roman Catholic Church. Pictures taken that day revealed that Sarah wore a beautiful strapless dress that came complete with a long veil.

Santtu, on the other hand, was dressed in a smart black suit. Despite both of their hectic careers, their relationship continued to flourish. In 2018, the couple was even photographed at the Royal wedding together. Sarah’s close friend and former co-star, Meghan, the Duchess of Sussex, was marrying Prince Harry.

In 2019, Sarah took to social media to reflect on their 18th Wedding Anniversary. The caption read, “18 years in my wallet, 25 years in my heart.” As of 2021, Sarah Rafferty and her husband have been together for two decades.

Sarah Rafferty and her spouse have two children. Their eldest daughter, Oona Gray, was born on October 22nd, 2007. She turned 14 years old recently. Sarah’s social media activity reveals that Oona is quite smart and proficient when it comes to all the latest technology.

In fact, Sarah revealed that Oona was responsible for teaching her how to use Instagram filters. Last year, Sarah’s oldest daughter took on more duties during Christmas by putting up Elf decorations. Sarah’s youngest daughter, Iris Friday, was born in January 2012. She is only nine years old presently.

Sarah Rafferty’s Instagram handle shows that Iris likes to skate on her rollerblades, especially while her sister is riding her bike. Moreover, the two girls are also quite good at skying along the snowy mountains with the rest of her family.

Sarah Rafferty’s husband, Santtu, makes all his money from finance. When he was employed at Kiitos Capital Management, he reportedly made around $200,000 per annum. He spent over a decade at the institution, which translates to over $2 million in revenue.

At Staxxon, he reportedly made $150,000 every year. He held this position for six years, meaning he made more than $900,000 at the firm. As of 2021, Santtu Seppala’s net worth is $3 million. Being an actress, his wife, Sarah’s bank account is much more substantial. She is worth a cool $10 million. Being married, the two combine both of their income.

Santtu is a relatively short man. His biography shows that he measures 5 feet 5 inches tall. Additionally, he weighs around 65 kilograms. Pictures of him and his wife also show that Seppala has an average build.

Santtu is a Caucasian man with Finnish roots. Additionally, he has dual nationality, as he was born in America and served in the Finnish military.