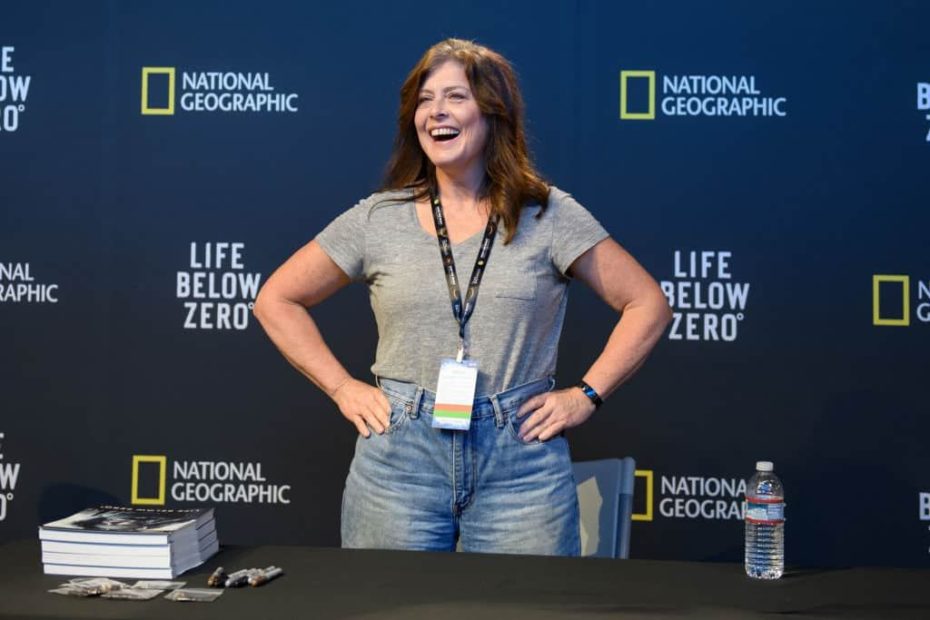 Sue Aikens is an American survivalist, adventurer, and reality TV personality. She stars in docuseries like “Life Below Zero” on the National Geographic channel and “Flying Wild Alaska” on the Discovery Channel.

Sue Aikens is one of only a few hundred people who willingly choose to live in the harsh Alaskan tundra. She moved to Fairbanks, Alaska, as an adult and has lived there for decades.

In the early-2000s, Sue opened Kavik River Camp, a B&B only a couple of miles removed from the Arctic National Wildlife Refuge. Researchers, scientists, adventurers, and civilians alike come in droves to the natural and anthropological hotspot each year.

Her Kavik River Camp provides all essential services, including amenities for hunting/fishing, hiking, and camping. Sue first came into the spotlight in 2010 when she featured in the TLC reality series Sarah Palin’s Alaska, hosted by Sarah Palin, the then Governor of Alaska.

Subsequently, she had a more featured role in the Discovery Channel documentary series Flying Wild Alaska. The series ran for three seasons, from January 14, 2011, to July 20, 2012, and centered around the Tweto family, an indigenous Alaskan family who run the Era Alaska airlines.

The following year, Aikens starred in the National Geographic documentary series Life Below Zero, which was based on the lives of people living in rural Alaska. The first season premiered on May 19, 2013. Eight years on, and the show is in its 14th season. The latest one premiered on September 7, 2020.

Sue became a national and international celebrity when she began featuring on talk shows like Fox and Friends, The Joe Rogan Experience, Access Daily, Today, and The Ellen DeGeneres Show.

Multiple news outlets suggest that Sue Aikens’ net worth is $500,000 as of August 2021. Her standard of living means that her bank account usually stays intact. Sue lives a minimalist life in the harsh Alaskan tundra. She is a survivalist and naturist by trade, so she does not spend much.

Her income mostly comes from her day job as the owner of Kavik River Camp, a B&B near the Arctic National Wildlife Refuge in northeastern Alaska. The surrounding area is an anthropological and natural landmark and sees thousands of visitors each year. Susan has hosted several hundred customers each year for the last two decades.

Recently, her work in documentary TV series like Life Below Zero and Flying Wild Alaska have significantly bolstered her overall wealth. 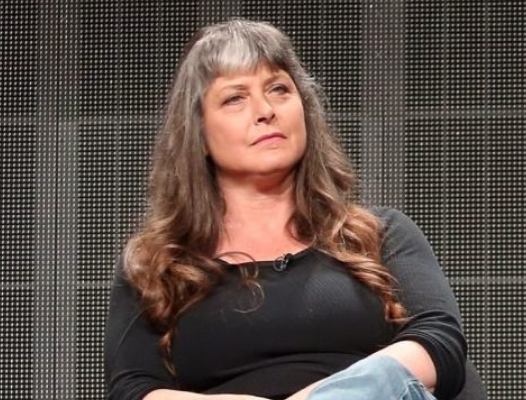 Is Sue Aikens Married to a Husband or Dating a Boyfriend? Relationship Status

At the time of this writing, Sue Aikens is presumed to be single. However, she was reportedly married thrice before.

Sue’s first husband, whom she wed before 1987, reportedly died of a brain tumor. On June 13, 1987, Sue tied the knot to her second husband, Brit Eddie James Aikens, with whom she had her only two children.

They divorced in 2004, after nearly 17 years together. Despite their divorce, Sue remained amicable with her second husband, right up until his death of an undisclosed disease.

Furthermore, Aikens reportedly married for the third time, but her husband left her for another woman.

Sue Aikens was born in Chicago and raised in Mount Prospect, Illinois. Her parents divorced when she was 12, after which she moved to her mother’s home in Alaska. She has resided there ever since.

Her grandparents were Scottish settlers from Linlithgow, West Lothian, Scotland, who came to live in America.

Sue Aikens has two children, a son and a daughter, born from her second marriage. Both her children are adults with their own families. In September 2016, Sue attended her son’s wedding. Furthermore, Sue reportedly also has two grandchildren. 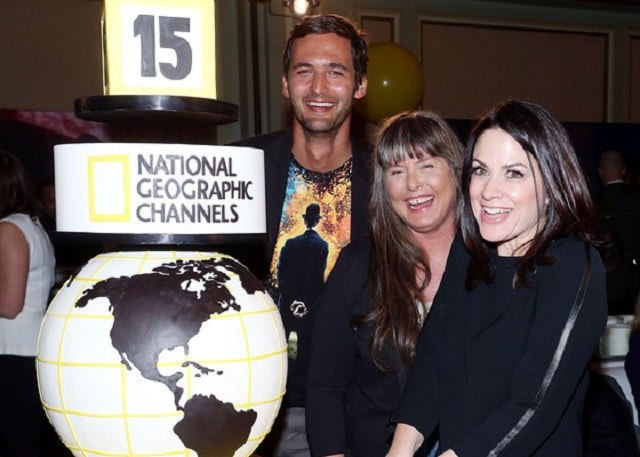 Sue Aikens and her children

Near-Death Experience When Attacked by a Bear

Living in the frigid and unforgiving climate of Alaska, Sue has undoubtedly had several run-ins with death. By far, her closest encounter with death happened in 2007. In a scene reminiscent of the 2015 movie The Revenant, Aikens ran into a grizzly bear and got mauled within an inch of her life.

Sue recounted the harrowing experience during a sit-down with the Daily Record. In 2008, when Sue was trekking across the Alaskan tundra, she was jumped by a grizzly bear. An adult grizzly can weigh anywhere from 300 pounds to 600 pounds and can stand as tall as 8 feet.

The bear reportedly had Sue’s head between its jaws, and its teeth were sinking into her skull. She could do nothing as its claws mauled her body. In danger of going into shock, Sue did the only thing she could: play dead and hope for the best.

The bear left her alone long enough for Sue to retrieve her rifle and shoot the animal dead. After the incident, she had to clean and patch her own wounds, realign her bones, and wait for help.

When the state troopers found her ten days later, she was miraculously still alive — hanging on to her life by the skin of her teeth but still breathing. She was immediately airlifted into the nearest medical facility and survived the near-death experience with gnarly scars and one hell of a story to tell!