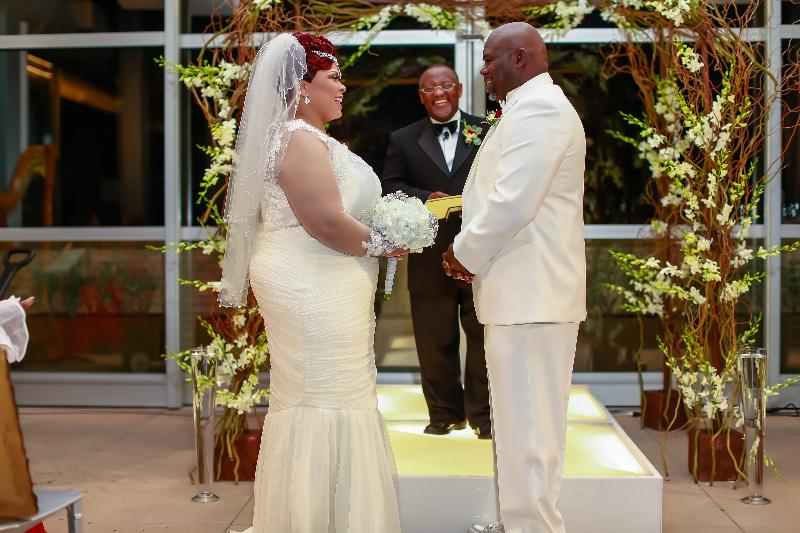 Tamela and David Mann are musical celebrity legends. They passed their musical talent to their children. Just like the couple, their children are making names for themselves. With their popularity, fans are curious about their family and their romantic story.

Are you curious about the soul-singing couple, their children David and Tia, and two others? Keep reading this article for their family biography.

Tamela Mann and her Husband David Mann have been married for 32 years. In an interview, Tamela and David tell the story of how they met. According to Tamela, her friend invited her to sing at a school where David was. That was the first time the two met.

Moreover, Tamela said she started singing with David and his friends, and eventually the two of them fell in love with each other. David stirred the conversation and said,

“We became good friends, I kissed her, she fell in love, I got her pregnant, we got kids, here we are…”

The couple worked on the book Us Against The World together for five years before finally publishing it.

Tamela Mann and her Husband David Mann have 2 children together

David and Tamela have two children together.

David Mann Jr. is currently 33 years old. According to David’s Instagram, he is an Executive Producer and a Dj. Furthermore, he is also an entertainment manager and a reality star.

David Mann Jr. and the rest of the Mann family members have their own reality show The Manns. Even David Jr.’s wife, Chantal, is in the show.

Furthermore, David Mann Jr. is married to Chantal Mann. David constantly shows his affection to his wife through his Instagram account.

“Happy Birthday my love …. god has graced me with another beautiful year of your presents I love you …..”.

Just like her husband, Chantal also shows her affection through Instagram. She posted a photo of her and David Mann Jr. greeting him a happy anniversary. The video’s caption goes,

“ 11 years down and so many more to go with @davidmannjr Happy Anniversary Bae”.

David Jr. and his wife, Chantal also have their own Youtube channel with 25.5k subscribers. Their content involves their daily life escapades and family events.

The couple has two children together, their beautiful daughter Jayda Mann and their handsome son, David Mann III.

“Merry Christmas from my family to yours”.

Moreover, people can see more of the couple in the Manns family’s reality TV show.

Just like her brother, Tia Mann is also in the music scene. She is also a gifted singer, just like her parents. In addition, Tia Mann was born La’Tia Mann. She is currently 31 years old and is thriving in the industry of entrepreneurship and music. Tia Mann also participates in the Mann family reality show and regularly appears in the series.

Moreover, Tia is the owner of Tilly’s Cosmetics. Tilly’s Cosmetics is a make-up line and offers a wide range of make-up products. Furthermore, they sell lip products and powders. The store also sells fashion masks.

Before becoming a business owner, Tia worked as an assistant for her parents until she discovered her love for business and entrepreneurship.

Tia Mann is currently not married. However, she is in a relationship with her long-time boyfriend Justin Pearson. The couple first met each other at the Mann residence.

In a Youtube video, JP explained that he and Tia met during his business meeting with David Mann. In the video, JP jokingly said that Tia was the first one to fall in love with him.

Moreover, Justin and Tia run their Youtube channel, The J.P & Tia Show. Their first Youtube video upload is about their life WE FINALLY MADE IT. The video was uploaded last March 20, 2019. Since then, the couple has been posting their youtube videos regularly. Most of their videos are Mukbangs and as well as daily life vlogs.

The couple’s last youtube video upload was a year ago and hadn’t been updated since then.

Despite being inactive on Youtube, the couple continues to post photos together on Instagram. Tia posted an Instagram photo of her and Justin striking a pose in front of Christmas Trees. The caption goes,

“Merry Christmas From me and Mines #JTGANGGANG Love you guys.

Tamela Mann Children from other spouses

David’s Children from other spouses

David Mann does not have ex-wives, although he does have two children outside of his marriage with Tamela. David has two daughters, Porcia and Tiffany Mann.

Although sharing the same dad, Porcia and Tiffany have different mothers.

Both Porcia and Tiffany have their own Youtube channels where they post songs covers and vlogs about their lives.

The Mann family is full of musical talent indeed. Legends never die, and surely the Manns will continue to succeed as years pass by. They continue to inspire fans around the globe, and that is why they are a well-loved family.