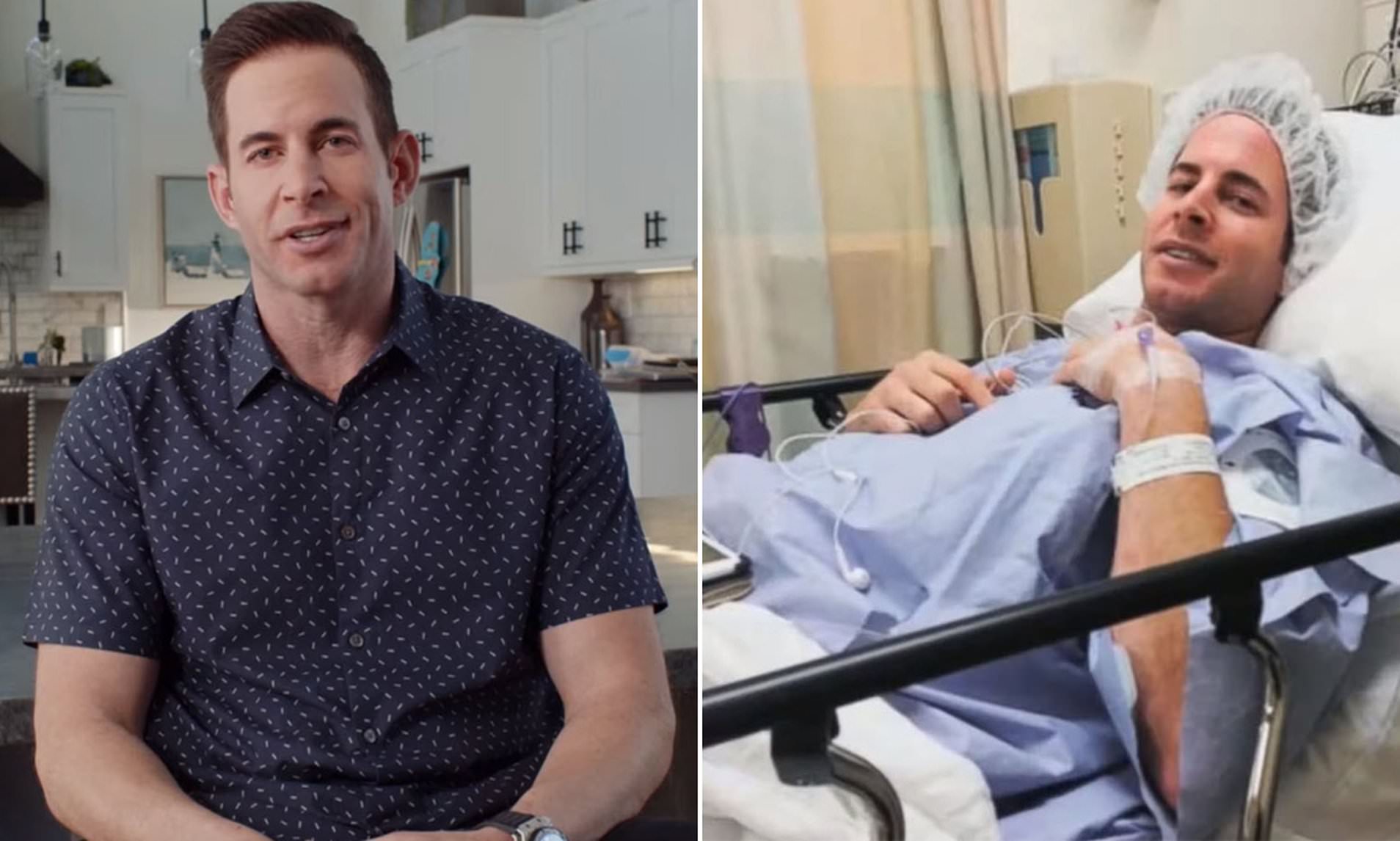 Tarek El Moussa, 40, beat cancer twice, and now, he has another health roadblock on the horizon: Celiac disease.

Celiac disease is an autoimmune disease that causes the ingestion of gluten to damage the small intestine. It also increases the risk of certain cancers, including non-Hodgkin lymphoma and enteropathy-associated T-cell lymphoma (EATL).

According to Celiac.org, celiac disease affects 1 in 100 people globally. However, 2.5 million Americans are estimated to be undiagnosed, and at risk for health issues. People who have a first-degree relative with celiac disease are at a 1 in 10 risks of developing celiac disease.

In a new episode of El Moussa’s Flipping 101, he receives the news of his diagnosis at the doctor’s office, with his fiancée Heather Rae Young at his side. After undergoing some blood tests, he was given his diagnosis.

“Gluten is in everything. What am I gonna eat?” says El Moussa, a father of two. In the episode, Dr. Ellen Song tells him,

“If you stay gluten-free, one, you’ll feel better and two, the risk of cancer is much, much lower.”

Last week, El Moussa, who is fully vaccinated, also tested positive for Covid-19. Subsequent tests, however, were negative. But the engaged pair are currently quarantining to exercise caution.

El Moussa was diagnosed with thyroid cancer – cancer of the thyroid gland in the neck – in 2013. An HGTV fan who was also a nurse contacted the network that notify them that she’d spotted a lump on El Moussa’s neck. This led to his thyroid cancer diagnosis.

In the same year, he was diagnosed with testicular cancer and treated with surgery and radiation. “It took a big toll on me,” says El Moussa in an interview. “It kicked my butt.”

In an interview with People magazine, El Moussa says of the experience, “I was at one building doing my thyroid stuff, and mentioned I was going across the street to get an ultrasound done. I’ll never forget the doctor joking, ‘I hope you don’t have cancer!’”

In 2019, doctors gave El Moussa a clean bill of health.

A Supportive Partner Through Health Battles

In the episode where Dr. Song gives El Moussa his diagnosis, his partner Heather is seen holding his hand. Having physical and emotional support like this while receiving a difficult diagnosis like cancer or an autoimmune disease can be helpful. A stable support system alleviates anxiety when life feels overwhelming.

For actress and melanoma survivor Jill Kargman, she thinks that cancer is a true test of the strength of a relationship. She says in an earlier interview, “I think cancer is a great way to find out if you’re with the love of your life or a shithead.”

“I think it presses the fast forward button on getting to the bottom of that answer, because a lot of people in middle age are kind of at a crossroads, waiting for their kids to fly the coop,” says Kargman. “And I think if you’re with someone who is not supportive and kind of emotionally checked out or doesn’t tell you you’re still beautiful with that, this might not be your person.”