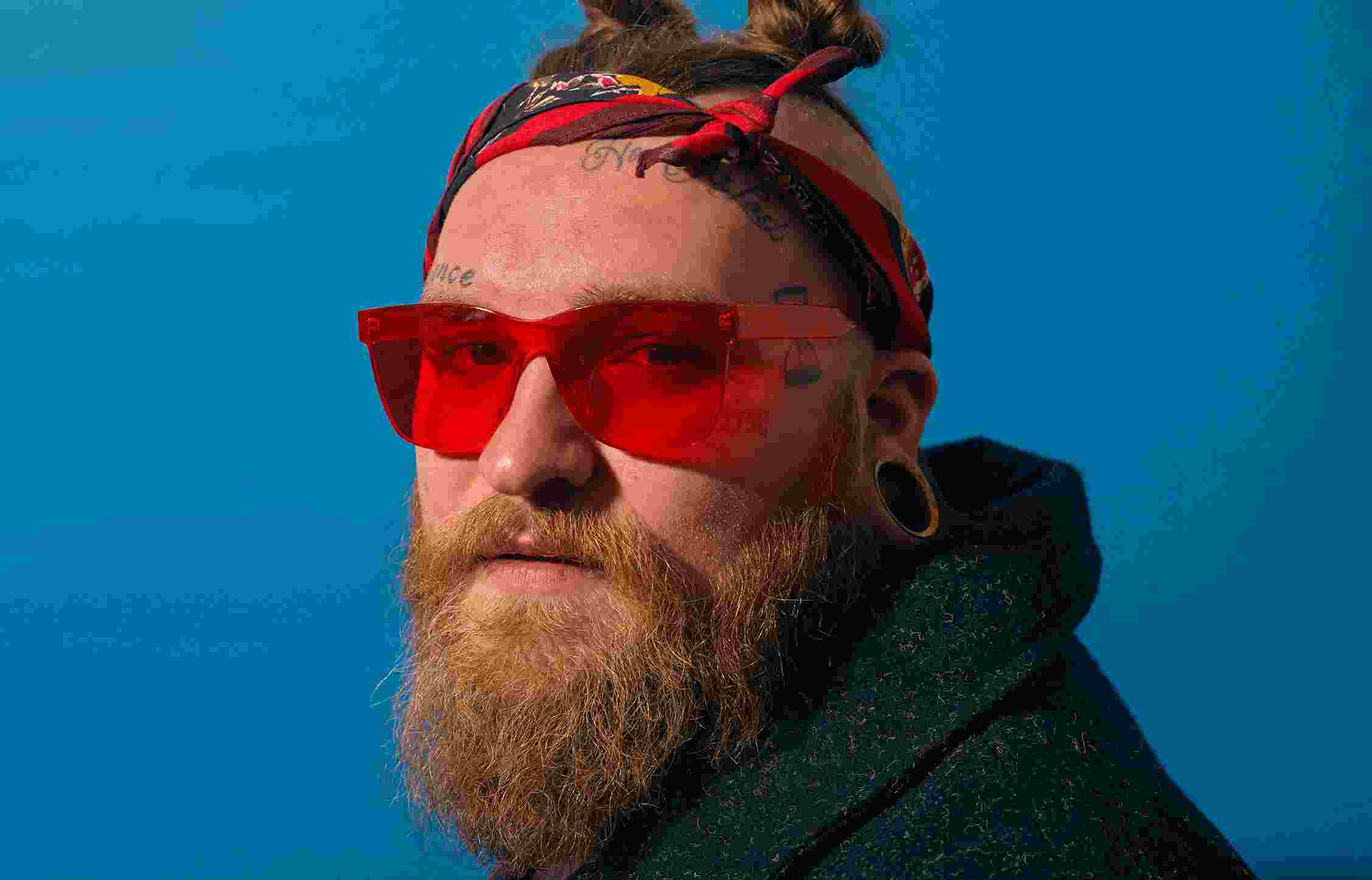 Teddy Swims is a famous singing personality on YouTube. The bearded and heavily tattooed singer has over 1.5 million fans on his YouTube channel. Through the years, Teddy has showcased his diverse singing talent with various song covers from different genres. His YouTube videos have been viewed more than 200 million times.

Teddy Swims is Jaten Dimsdale in real life. He was born and raised in Conyers, a suburban area situated in the eastern part of Atlanta, Georgia. Teddy has always loved music, but football was also his great love. The entire Dimsdale family loved football, so he grew up playing the sport.

All that changed when he became part of the musical theatre in his high school. It gave him a chance to showcase his talent in singing. Teddy learned from musical theatre that music and acting are correlated. Singing in front of an audience entails some form of acting.

Teddy worked at the restaurant Chilis as a waiter while waiting for a break in his singing career. While waiting tables, he also joined several bands of different genres. He sang hardcore rock songs on his bands Wildheart and Eris. At the same time, he sang the eighties and sixties songs for his other two bands.

In 2019, his friend Addy Maxwell, a producer, invited him to do the rap part of a SoundCloud song. It became popular enough to land Teddy a spot in the nationwide tour. At this time, he created the stage name Swims, which stands for Someone Who Isn’t Me. He later added the name Teddy which was his childhood nickname.

Is Teddy Swims Married to a Wife? Relationship Status

Teddy Swims tweeted in 2016 that his wife had left him. He was still an unknown artist at that time. However, in 2020, Teddy posted a Valentine’s Day tribute to his girlfriend named Nelly on Instagram. His girlfriend also posted on her Instagram, professing her love and stating that they had been together for a decade now. This allowed his fans to conclude that Nelly and the wife who left him in 2016 are the same. It seems that the couple was able to patch their differences and give their marriage another try.

Teddy Swims, the waiter turned YouTube sensation, now has a net worth of $600,000. The income from his popular YouTube channel and his online store where he sells his clothing line and accessories are his main sources of revenue.

How Old is Teddy Swims? Height and Weight

The exact birthdate of Teddy Swims is not known. However, it is known that he is 28 years old as of 2021. This means that his birthdate was sometime in 1993. The YouTube sensation has a commanding presence on stage, and this is because he stands at 6 feet tall. He weighs 80 kg, and he has always had a big built, even at a young age. This earned him the nickname of Teddy, which he now uses as part of his professional name.