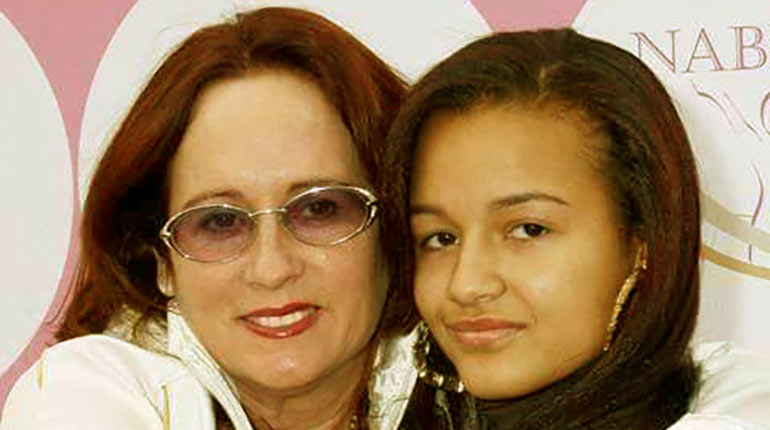 Alia Rose is a 28 years old American actress, R&B, and soul music singer. She is mostly known for being the daughter of Teena Marie, a famous American R&B singer, songwriter, and producer who featured her daughter in several studio albums she produced. After her mother’s demise in 2011, Rose has been in the spotlight. On a personal level, Rose has also earned her share of fame by following her mother’s step of singing and even appearing in films. In this article, we will focus on fine details about her and give you up to date news about her love life, net worth, among other facts about her.

Born and raised by a mother who is a talented musician, it was no surprise that Rose would take after her mother. She started singing when she was young but made her first debut when she was 13 years old when she joined her mother as the background vocalist in her studio album, La Dona, 2004.

She was again featured in another album, Sapphire, in 2006. Her mother gave her the exposure and experience. After her mother’s death, she started working on her own with the stage name ‘Rose Le Beau.’ Some of the music she did are on YouTube. In 2015, Teena Marie’s daughter Alia Rose released a single hit, “Without You’ one of the hugely successful songs with over 66K views on YouTube.

As an actor, she appeared in the film, Unsung, alongside his mother, then in 2011, she was featured in her mothers’ documentary movie, ‘Inside: Teena Marie. And lastly, in April 2020, she also appeared in the documentary film about old school rap artists including snoop dog and Ice Cube.

Alia is currently raising a young boy by the name Pharaoh Alexander Ray. She gave birth to him on 29th November 2016, only to bring him to the public a year later on his birthday. She shared a photo of the baby boy that sparked emotions among his mother’s fans, who wished she met her grandson before she passed away. Alia loves his son very much, as shown by the various Instagram posts with the boy having a mother-son bond and enjoyable time together. Alia Rose’s son currently three years old, looking forward to his 4th November this year.

Who is Alia Rose’s Husband or Boyfriend?

Alia is neither married nor engaged to anyone. However, she has a baby daddy, her son’s father. He is a fellow R&B and soul singer by the name Arin Blake Ray. Ray is 24 years old from Cincinnati, Ohio. It is not clear if they are staying together, but judging from their Instagram posts, Alia Rose and her baby daddy Arin Blake Ray are co-parenting the boy.

That does not rule out the chances of them staying together. How and when they met is not known, their current relationship status is also unknown, but the fact that they have a baby whom they are raising together speaks volumes.

As of 2020, Alia’s net worth is estimated to be $300,000. You may be tempted to ask how much she inherited from her mother, being her only next of kin, well, that is unknown. This net worth is an estimate of her earnings from her music career over the years also salaries from the films. She is also a model and does product promotions.

Date of birth and Age.

Alia Rose was born as Alia Rose Noelle Brockert on 25th December 1991 in Pasadena, California, USA. She is the only child of the famous singer and songwriter, Teena Marie. Her biological father is not known, but its highly speculated to be Peter Butcher, a postman.

The fact that her mother was considered a black sheep in the family, Alia was raised away from her family members, her mother created for her another family, in the music industry. Those are the relatives she has. She is currently 28 years old, looking forward to her 29th by the end of 2020. Her zodiac sign is Capricorn

Teena Marie’s daughter Alia has several tattoos strategically placed on specific parts of her body. There is a specific one that she mostly shows off, on her left arm, its an inked bow tie with a loose string, a nicely inked tattoo that covers the circumference of her arm like a bunch of bungles. She has other tattoos on her hands, back, and thighs. Alia is a beautiful lady, and these tattoos crown it all.

Alia has 10K followers on Instagram and around 3K on Twitter. She also has accounts in other platforms, but the numbers are yet to rise. Most of her posts are about her line of work and memories.