Vanessa Laine Bryant is famous for being the wife of the Basketball icon and legend Kobe Bryant. Following his death, many fans want to know how Vanessa is holding up and what she is doing now.

As a result, her popularity rose along with the tragedy. Today, we look at the story of Vanessa Laine Bryant, her Wikipedia info, her net worth, and many more. Let’s get started.

Vanessa Laine Bryant is an American model primarily famous for being the widow of Kobe Bryant. She is of Mexican-Irish ethnicity. Moreover, we learned that her original name was Vanessa CornejoUrbleta.

It would later change after her marriage to Kobe. Vanessa’s parents raised her in Los Angeles, where she attended the St. Boniface Parochial School. Furthermore, Mrs. Bryant attended Marina High School, but she couldn’t complete it after getting together with her husband.

However, she’d later get her GED in private to avoid public scrutiny. Interestingly, Vanessa was only 17 when she met her future husband, Kobe Bryant. At the time, she was a part-time dancer pursuing a high school degree in Marina High School. Today, she is an established businesswoman, model, and media personality.

By 2021, Vanessa Laine Bryant had amassed a net worth of $75 million. In addition to being a wife of a basketball icon, she is also an entrepreneur and a media vixen herself. Other than that, we cannot forget the fact that her late husband, Kobe Bryant, was valued at $500 million. As his widow, Vanessa was entitled to a significant portion of it.

Vanessa met her husband, Kobe Bryant, in November 1999. At that time, she worked as a background dancer for a video, and Kobe was there to record his debut album.

Vanessa must have made a big impression, as the two started dating soon. After about 16 months, the couple finally tied the knot in April 18, 2001. During their marriage, Vanessa gave birth to four beautiful daughters.

Everything was going well, right up until they filed for separation in 2011. 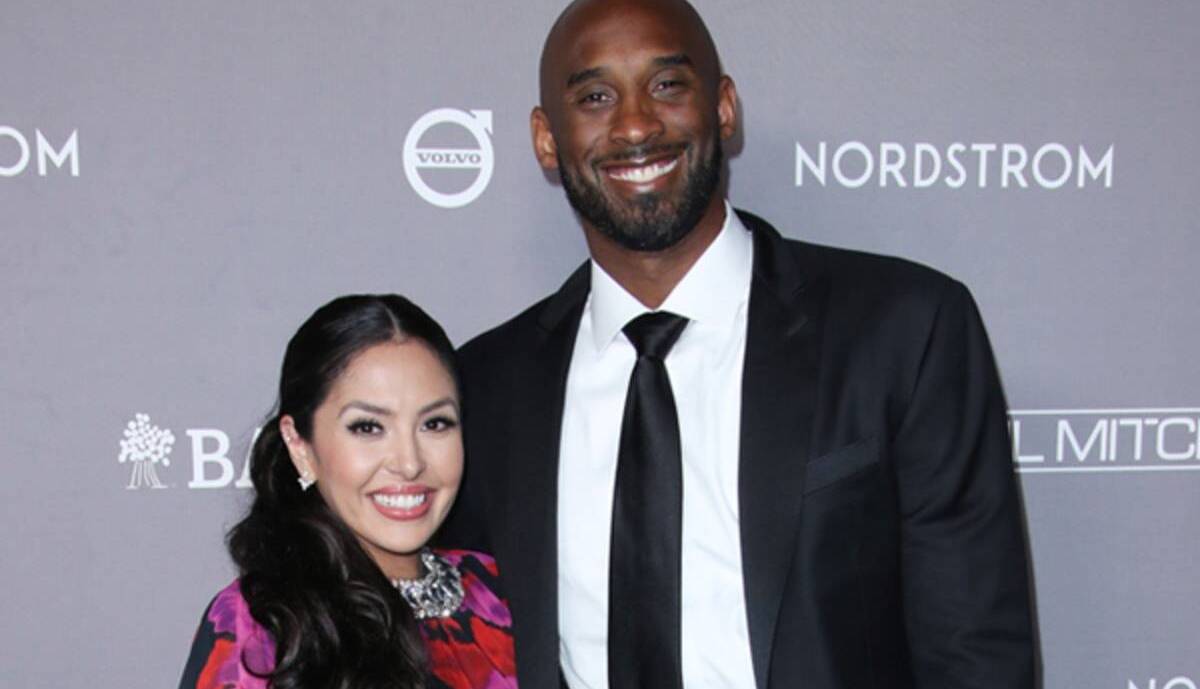 According to our reports, they had some irreconcilable differences, which compelled them to seek a bit of space from each other. Furthermore, they also asked for joint custody of their two daughters. However, the couple solved their conflict on 11th January 2013, and things had been smooth since then. 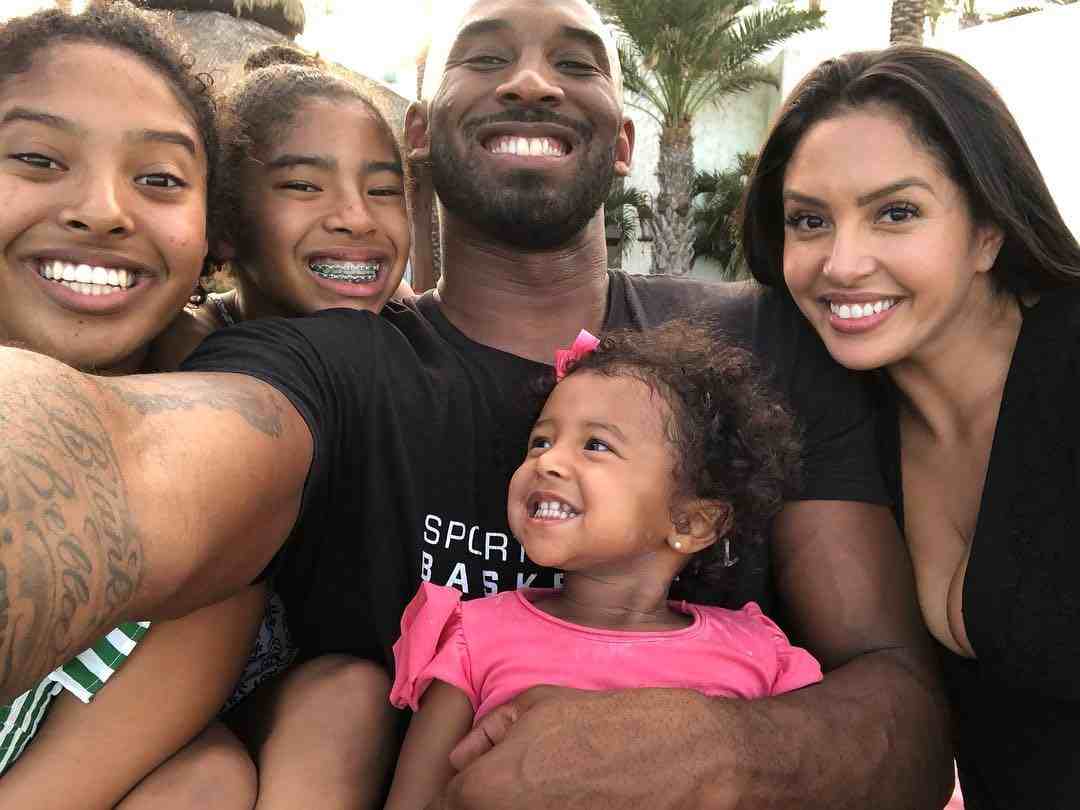 American model primarily famous as a marital partner of Kobe, Vanessa Laine Bryant with her husband Kobe and their kids

Gianna Maria Bryant was just 14 years old when she died alongside her father in the unfortunate helicopter crash. Like her father, she too loved Basketball.

They were on their way to one of Gianna’s games when the tragedy took place. Gianna’s teammate and father were also present in the Helicopter during the crash.

How old is Vanessa Laine Bryant? Date of Birth, Parents, and Family

Vanessa was born on May 5th, 1982, in Los Angeles, California, which makes her 39-years old currently. Furthermore, Mrs. Bryant is the daughter of Stephen and Sophia Laine.

Her Height, Weight, and Body Measurements

Vanessa Laine Bryant has a captivating figure. She stands at a modest 5 feet 5 inches tall, which, admittedly, is pretty average for a woman. Her body shape is 34-26-34. Furthermore, the model has dark brown hair and brown eyes. In terms of weight, we found that she weighs around 55 kilograms.

Vanessa is very active on Social Media, Instagram to be precise. She is in the platform as @vanessabryant and has a massive following of 15.2 million. Most pictures on this platform are of her family going on vacations all over the world. Her two younger daughters Bianka Bella and Capri Bryant, are the real highlights of her account.

Following the death of her husband, Mrs. Bryant has kept herself strong and refrained from showing tears in public. However, she has a highlight feature on her account that is solely dedicated to her late husband.

Moreover, Vanessa’s Instagram account was flooded with positive messages from fans who spoke highly of her husband. 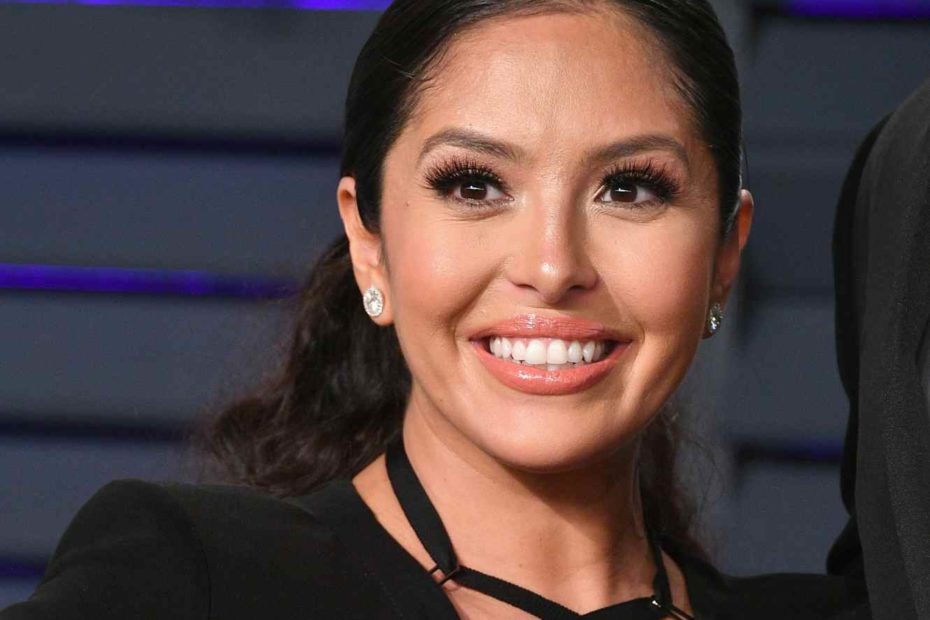