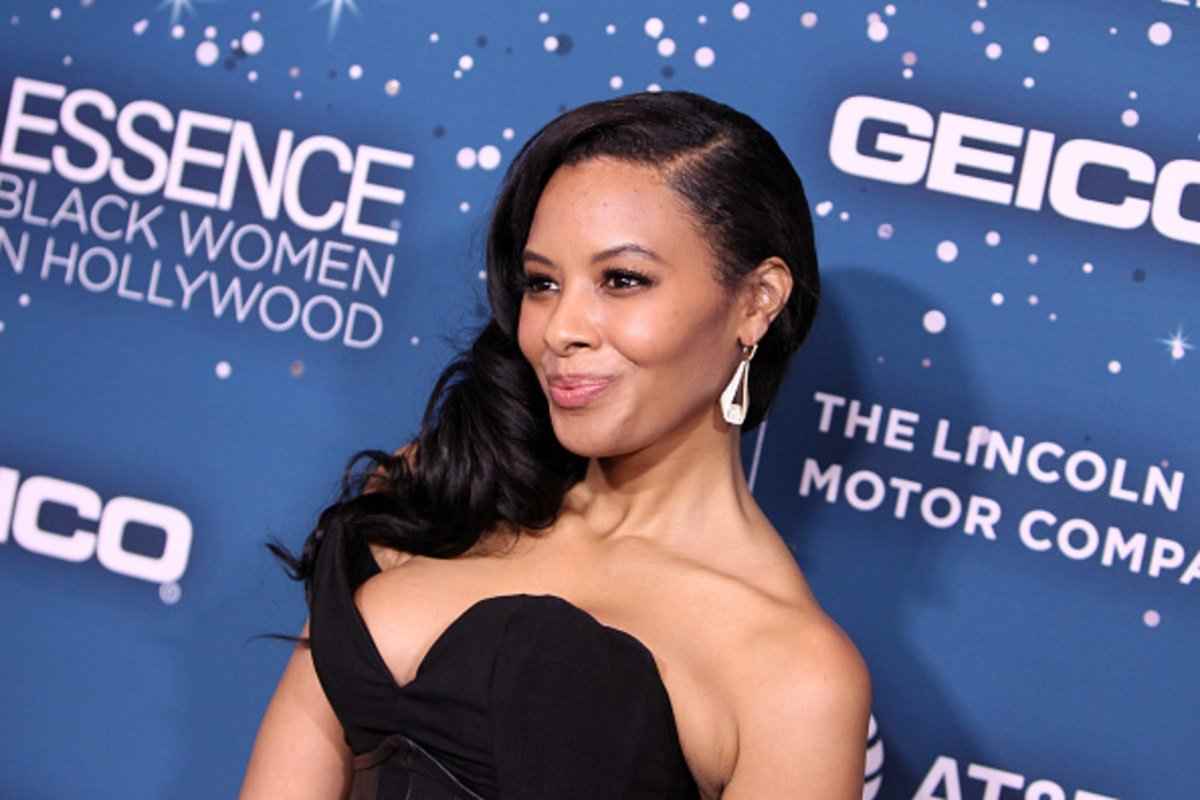 Explore more information about Vanessa and her interesting facts like net worth, husband, and siblings. Also, read about her former partner, Michael Wayans.

Vanessa Simmons was thrust into the spotlight at a young age when she featured heavily on the MTV reality show “Run’s House” — centered around her father Joseph Simmons and his home life. The show premiered on October 13, 2005, when Vanessa was 12 years old.

Vanessa found widespread recognition in the ensuing half-decade during the airing of the show. She had some semblance of normal life and attended St John’s University in NYC.

Subsequently, Vanessa broke out of her father’s shadow and began dabbling in fashion designing alongside her younger sister Angela. They dropped their signature line of footwear called Pastry Footwear. Inspired by their favorite food, the collection dropped in March 2007 with their debut line, the “Cake Collection.” She has since collaborated with her sister on several projects.

Outside of that, Vanessa is an actress and reality TV star. Simmons appeared as Lola in the long-running CBS/NBC soap opera “Guiding Light,” Jackie Herman in the BET drama series “Games People Play,” and Caroline in the drama series “Monogamy.”

Furthermore, Vanessa has also appeared in a slew of movies like “Speed-Dating,” “Boogie Town,” “Could This Be Love,” “Same Difference,” and “Never and Again,” to name a few.

Additionally, Vanessa also stars in reality series like “Growing Up Hip Hop” and was a host and judge on “Project Runway: Threads.”

Who is Vanessa Simmons Husband?

At the time of this writing, Vanessa Simmons is not married. She is, however, in a committed long-term relationship with her boyfriend Michael Wayans, who is also the father of her daughter. They began dating as early as 2005 and have been together for over a decade and a half.

Despite some tabloid sites reporting that they broke up, the reputable Distractify.com revealed that the couple was still together as of June this year. Perhaps the fact that Vanessa is notoriously tight-lipped about her private life prompted the gossips about their break up. Nonetheless, as far as we know, the couple is still going strong.

Furthermore, Vanessa has plans to extend her family and have several other kids. She also mentioned plans to get married to Mike in the near future.

On February 13, 2014, Vanessa became a mother for the first time at the age of 30 when she gave birth to Ava Marie Jean Wayans — her daughter with her longtime boyfriend, Mike Wayans.

Mike Wayans is a member of the eminent Wayans family of entertainers. He is the second of four children born to comedian and actor Damon Wayans and his wife, Lisa Thorner.

Mike Wayans was born Michael Richard Wayans on March 28, 1985. The 36-year-old is an actor and composer. Mr. Wayans is most known for his work in movies like “Blankman” and “Dance Flick,” and TV shows like “My Wife and Kids.”

Furthermore, he composed the theme for the TV series “The Underground” and performed on the soundtrack of the 2009 movie “Dance Flick.”

Vanessa Simmons was born Vanessa Jean Simmons on August 5, 1983, the oldest of three children of Joseph Simmons and his first wife, Valerie Vaughn. As of this writing, Vanessa is 38 years old.

Her father, Joseph Simmons, is an eminent rapper and one of the three founding members of the hip-hop/rap collective Run-DMC, alongside Darryl “DMC” McDaniels and Jason “Jam Master Jay” Mizell. The group pioneered the modern rap sound and has released seven studio albums, one live album, six compilation albums, and thirty singles. They formally disbanded in 2002 when Jason Mizell was murdered.

Joseph Simmons married Vanessa’s mother, Valerie Vaughn, in 1983 and had two additional children with her.

The closest to Vanessa in age is her younger sister Angela Simmons (born on September 18, 1987). Angela is also a reality TV star, entrepreneur, and Vanessa’s business partner.

On the other hand, her two remaining half-siblings are Daniel Dwayne “Diggy” Simmons III and Russell “Russy” Simmons II. They were born from Joseph Simmons’ second marriage to Justine Jones. Diggy (born on March 21, 1995) is an aspiring rapper, actor, model, and entrepreneur. Furthermore, Russy is a reality TV star and an aspiring actor in his own right.

On September 26, 2006, Joseph and Justine Simmons welcomed their youngest child, daughter Victoria Anne Simmons. She lived for only a few moments before succumbing to omphalocele – a congenital disorder.

Besides that, Vanessa’s youngest sibling is her adopted sister, Miley Justine Simmons – whom her parents adopted shortly after Victoria’s death.

According to Celebrity Net Worth, Vanessa Simmons has a net worth of around $7 million as of September 2021.

Besides that, Vanessa is also an influential figure on social media. She has nearly 2 million followers on Instagram alone. According to Influencer Marketing Hub, she makes around $3,900.75 – $6,501.25 per Instagram post.