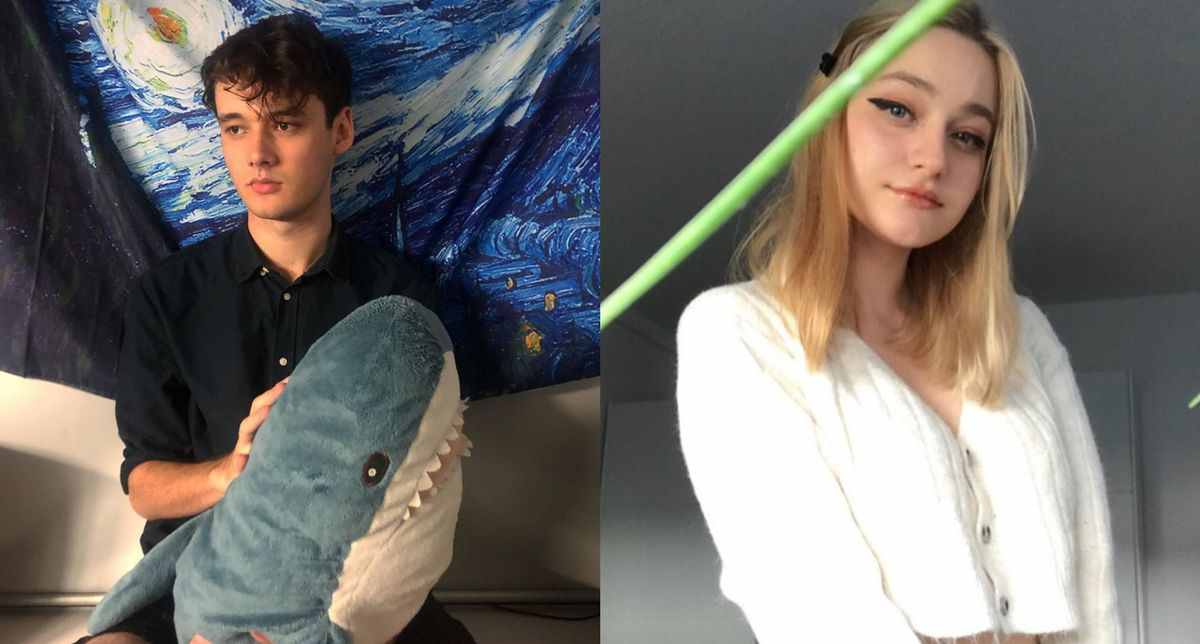 More famous as Wilbur Soot, William Patrick Gold is an English Twitch streamer, media personality, and singer-composer. He is also a content creator on YouTube. Fans often ask and are curious if the gamer is single or currently in a relationship.

Skim through this article to know Wilbur Soot’s girlfriend, including his net worth, age, and height. We got you covered.

As of January 2022, the Twitch-gamer has an estimated net worth of $1.2 Million. Wilbur has accumulated this immense fortune because of his successful career as a singer and Youtuber. He manages six Youtube accounts, streams his games on Twitch, and has been in the industry since 2008.

Wilbur’s first YouTube channel was with Sophie, and they named it “Minecraft and Donuts.” This is where they mainly upload Minecraft videos.

However, after Sophie went through an operation, they never uploaded new videos on the said channel. To date, their channel has 100 videos with 16.7K subscribers.

He and Sophie also have another account with the name “ALittleBritofWill” that posted vlogs, clips, and music. Their channel is no longer active now, though it garnered over 3K subscribers.

William entered the spotlight when he made another YouTube channel, SootHouse, in 2017 with some friends. This channel ridiculed media traditions and was said to be among the first channels of the “Reddit reading” type in the world of YouTube.

SootHouse was deactivated in October 2019. But before the hiatus and deactivation of the group’s channel, Wilbur opened his main channel in March 2019. His YouTube is focused more on different video games, especially on the sandbox game Minecraft.

Nowadays, he is most active on Twitch doing live streams, then gets a few clips and shares them on his YouTube. Adding his revenues from Twitch and YouTube undeniably doubles his earnings in a month.

Aside from being a media personality, Wilbur is also a singer. He is known for tracks like Saline Solution, The Nice Guy Ballad, I’m in Love With an E-Girl, and Internet Ruined Me. His song Your New Boyfriend ranked in different music charts, including UK Singles Chart (65), UK Indi Chart (10), and Irish Singles Chart (100).

In 2021, he also formed an indie rock band Lovejoy, where Willbur is the vocalist and the composer. Their debut EP Are You Alright entered the Billboard’s Emerging Artists chart at the 10th spot. Following another EP Pebble Brain, reached the 12th rank of the UK Albums Chart.

Not only that, but many brands also ask Willbur for some advertisements and modeling. With this, his net worth will surely increase in the coming years.

How tall is Wilbur Soot?

Wilbur Soot has a handsome face and healthy physique that matches his towering height. He possesses a good body frame with fine body measurements. The singer stands 196 cm or 6’5” tall and weighs 128 lbs or 58 kg.

Wilbur Soot and another content creator/Twitch streamer/ Nikki “Nihachu” were speculated in a relationship after the two participated in the show Rajjchelor. Since then, the two became close to each other quickly, and their fans are somewhat intrigued if they are dating.

But, his rumored girlfriend, Nihachu, already clarified the misunderstandings and that she and Wilbur were the show’s participants that clicked and formed friendships. Still, fans believe that the two look good as a couple, some even declaring that they are made-for-each-other.

Our gamer might be single or not dating anyone publicly. Wilbur has decided to be close-mouthed regarding his love affair.

How old is Wilbur?

William Patrick Gold was born on the 14th of September 1996 in Suffolk, England, United Kingdom. He is currently 25 years old and will turn 26 of age this September 2022. Virgo is his zodiac sign since he is a September baby. He is of American nationality and Caucasian ethnicity.