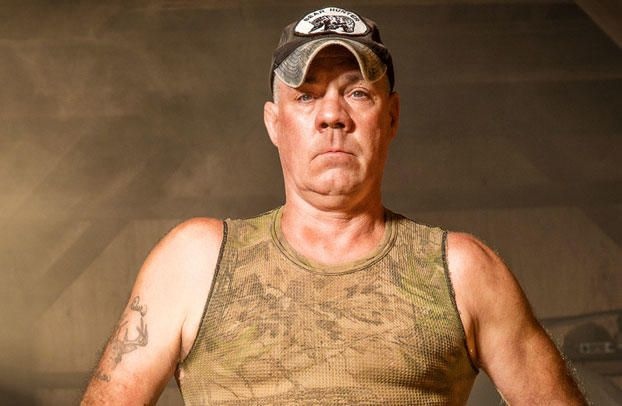 Surviving in the wild may be a big task for some people, especially those who do not have any experience of surviving in the mountains. William Neff, also known as Wild Bill in the TV series called Mountain Monsters, is not one of those people. William Neff had experience in conquering the home of the wild, and we will give you more information about that later.

We will give you the latest updates about the details of William Neff, including his early life, net worth, love interests, and biography, so stay tuned!

Someone who has experience with the marines who appear on a TV show can be quite excited, especially if that show involves hunting down mythical creatures and battling scary situations in the wild.

Eight days after graduating from high school, William joined the Marines right away. Who knows, maybe this is one of the reasons why the director hired him to be part of the show. He spent six years serving in the U.S. Marine Corps. If you are wondering where William Neff was stationed during his time in the Marines, well, we’ve got you covered.

Neff, aka Wild Bill from Mountain Monster, was stationed in different parts of the United States and some countries in Asia. These Asian countries were Thailand, Japan, and the Philippines. An interesting fact about the Mountain Monsters star is that, according to the statement that he made, he allegedly encountered mythical creatures while serving his time in the Navy. There was no proof of this claim, but he stands by his belief that he met many of them.

After serving in the Marines for six years, Neff got a regular job and was stable for 27 years when he got a call saying he would be interviewed for an upcoming show. He had no experience with cameras or TV screens, but he was considered the breakthrough in the reality TV industry.

The Mountain Monsters show is all about hunting down mythical creatures with six native West Virginian trappers and hunters ready to conquer the wild about learning more about unidentified creatures. The movie shows the Appalachian Investigators of Mysterious Sightings (AIMS), and Wild Bill is included in this group.

The role of William Neff, aka Wild Bill, in this documentary series is to be the right hand of an experienced trapper and co-founder of AIMS, Willy McQuillan. The star left his long-time job for this role, and it did not disappoint him as he enjoyed being on National Television.

He got the opportunity to showcase his skills at hunting and being in the wild. Neff was selected out of 700 people, and the star shared how happy he was when the producers liked him during the interview.

He joined the show in 2013, and ever since, he has been a regular cast member of the series. Fans loved him because whenever there was an event, including his fans, he would make special panels. He was kind to his fans and would not turn them down if they wanted pictures or greetings.

As someone who served in the Navy, William had raised some earnings to support his family. People cannot deny the fact that individuals who serve in a position to protect a country are paid a huge amount of money, and considering that he served in the Marines, we are indeed sure that he has a stable income.

William “Wild Bill” Neff’s net worth was said to be $500,000 in 2022. Sources claimed that his rate per episode of the show is $10,000. This was the most updated information that we could get about the documentary star’s earnings.

In an interview with William Neff, aka Wild Bill from Mountain Monsters, back in 2017, there was confirmation that the American reality TV star has a wife and children. Unfortunately, there was no supporting information about the names of his children or his wife.

Like his fellow actors in Mountain Monsters, William Neff (Wild Bill) likes to keep things private. There are currently no new sources regarding the identity of his wife and children. All we know about his family is that they lived in Clay County before moving to Nicholas County to have a permanent home.