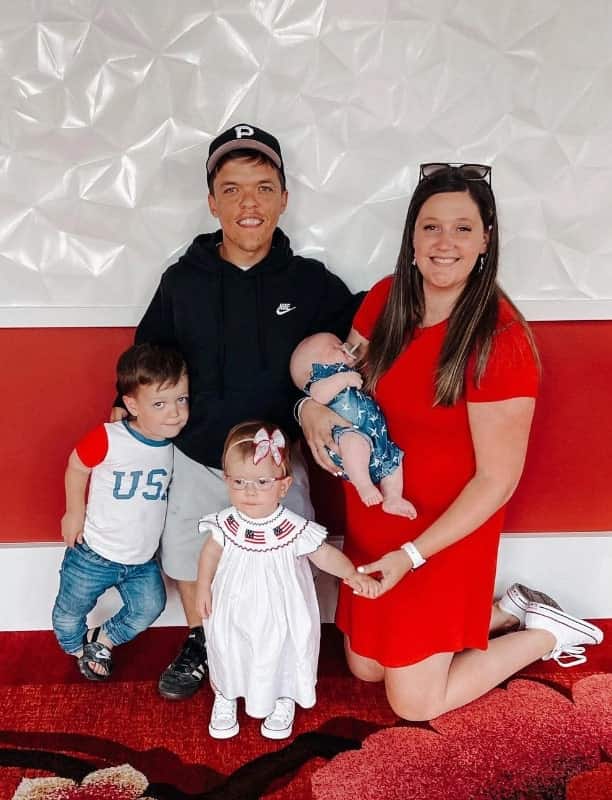 Zach and Tori Roloff are reality stars on TLC’s Little People, Big World. The show follows Zach and his family, who are primarily dwarves. Despite their less-than-average size, the Roloffs are determined to take on each challenge head-on. As of 2022, the show has been on air for 16 years, with an astounding number of 22 seasons.

Last year, Zach and Tori hit the news after announcing that they had moved and migrated to Washington. So, what made the couple leave their home in Portland? That’s what we are here to uncover.

Why did Zach and Tori Roloff move?

For several years, Zach and Tori Roloff lived in the former’s family home, Roloff farms. The 100-acre property can be found about 15 miles west of Portland. Because of the popularity of Little People, Big World, the farm has experienced an upsurge in popularity. On one such visit last year, fans noticed that Zach and Tori no longer lived on the farm.

The news came as a shock, mainly because Zach Roloff was in line to eventually take over the farm once his parents were ready to take a step back. When quizzed about it, Zach’s mother, Amy, revealed that her son had decided to relocate to an area north of Vancouver. She added that she was saddened by the decision, as they are a close-knit family.

Tori took to social media to confirm the move back in October 2021. She talked about the last month, which had been hectic because of the move. Tori said that time had finally come to live behind their sweet and cozy life at the farm in favor of the city.

The couple already had two children and were expecting a third kid soon. This suggests that they needed more space, which would explain their decision to move.

Moreover, the new place is closer to the hospital, an advantage for any parent with a newborn baby. Despite their decision to move, the couple reaffirmed that they’d still be part of Little People, Big World.

Where did they move to?

Zach and Tori Roloff moved to a four-bedroom property in Battle Ground, Washington. Interestingly, the new house is just an hour away from Roloff farms, so they can visit whenever they want on the weekends.