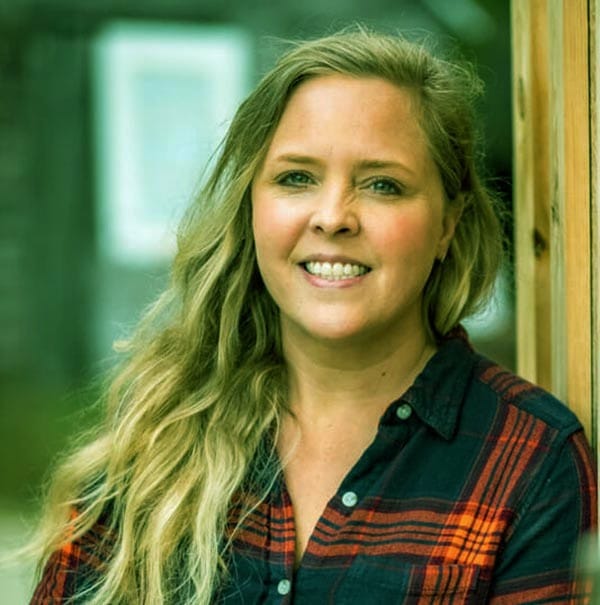 Ashley Morrill is a DIY restoration specialist and designer who works with the Kennebec Cabin Company. This is a venture she runs alongside her brother and husband. Together, the trio set about renovating run-down cabins in need of a fresh injection of life. In her free time, Ashley loves to oil paint.

As far as her credentials are concerned, Ashley is a former student of the University of Maine, where she attained a BA in Graphic design. Examine a number of key facts about Ashley Morrill’s biography and age.

Who is Ashley Morrill?

Ashley Morrill is a reality television star who is a popular actor on the DIY network. Growing up, Ashley learned everything she needed to know about crafting and re-purposing wood to make furniture from her father. Ashley got her big break with the inception of the ‘Maine Cabin Masters.’ She was part of the very first episode of the show, which premièred back on the 23rd of February. So far, Ashley has been part of all seven seasons of the show.

Ashley and the rest of the team have taken on several interesting projects. One time, they managed to raise roughly about $30,000 to transform a rotting cabin that had been built back in the 30s. Their most recent project involved a 200-year old Boathouse they restored for the Laflin family.

Sometimes, Ashley Morrill from Maine Cabin Master and her brother have also had to juggle unrealistic demands from clients who ask for way more than they can afford. Interestingly, we also learned that Ashley shut down her Instagram page.

Ashley Morrill was born on the 27th of January 1976 in Augusta, Maine. Presently, she is 45-years old. Ashley’s date of birth additionally makes her an Aquarius. It would explain why Morrill is very creative.

Ashley’s main source of income comes from her incredible work on construction and television. First and foremost, she earns a decent amount of revenue from the company she owns with her brother. Their company has grown exponentially over the past few years.

Today, they even have an online store that sells merchandise such as artistic oil paints for about $20. Additionally, they also offer novelty t-shirts valued at around $25. Ashley’s career on television has also been lucrative.

Her family, Parents, and Siblings.

Ashley is the daughter of Eric and Peggy Morrill, both of who were proud residents of Maine. Moreover, Ashley also grew up with a brother named Chase, with who she remains very close.

Ashley and her brother, unfortunately, lost their father back in 2014. Eric Morrill tragically passed away after a drawn-out and hard battle with cancer. To carry on his legacy, Ashley and Chase continue to renovate and restore cabins all across Maine, just like their old man taught them.

Her marriage to Ryan Eldridge.

Ashley Morrill is married to her business partner and co-star, Ryan Eldridge. The two of them are in the same line of business and reportedly met while working together.

Ashley Morrill from Maine Cabin Master and Ryan dated for a couple of years before they were ready to take the next step. In an interview, Ashley revealed that her engagement was like something out of a movie. He took her to see her favorite musician, Willie Nelson, before tying the knot and asking the all-important question.

What followed was a beautiful ceremony back in 2014. Presently, they are set to celebrate their seventh wedding anniversary in 2021. Ashley Morrill Eldridge and her husband Ryan does not have any children presently. This may be down to the fact that they are entirely focused on their restoration exploits.