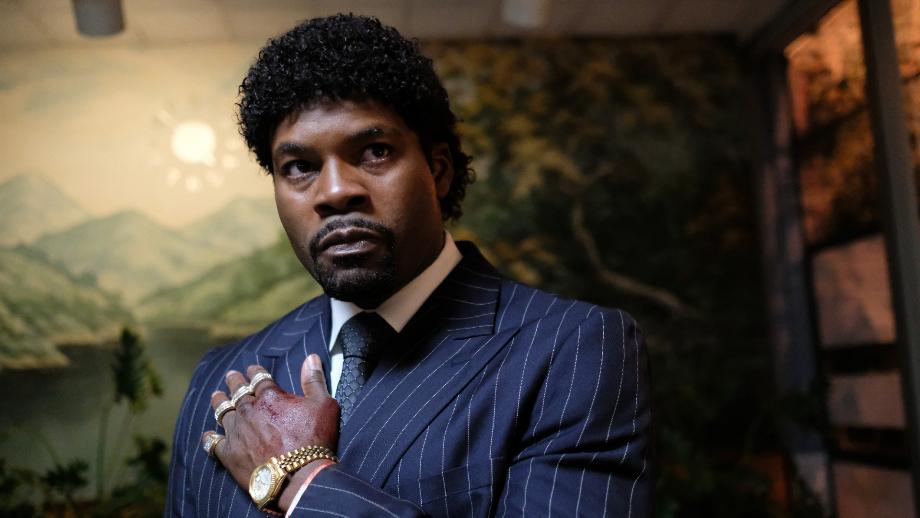 Amin Joseph didn’t initially have the motivation for his acting career, but with what he has done now in the entertainment industry, you will be astonished.

With over 50 on-screen appearances in the 21st century, it’s time to talk about who Amin Joseph is and his wife, Felicia Joseph is? Also, know his net worth in 2021.

Who is Amin Joseph? Wiki

Who exactly is Amin Joseph? Amin Joseph is one of the rising actors in the film industry. He’s already been with big-time players in cinema such as Dwayne Johnson, Johnny Depp, Zac Efron, and more!

Not to mention, he’s had notable appearances in films such as The Expendables and Homefront, joining celebrities like Sylvester Stallone and Jason Statham.

But before Amin became a big shot in his craft, he too worked his way from the bottom in his beginnings.

Amin Joseph began his career back in 2004, with a role in Rage and Discipline film. Later in 2005, he started constantly appearing in several television shows like Never Wake Up and Walls.

From 2008 to 2015, Amin had an incredible time with his career. He’s been featured in many films and television shows altogether, like Jada, where he played Ross’s character.

He also played his Pirate Leader part perfectly in The Expendables movie starring Dolph Lundgren, Sylvester Stallone, Jason Statham, & Terry Crews. The film was a success as it had total revenue of $274.5 million from ticket sales.

Sooner or later, Amin appeared in more films like Superfast, The Gambler, Sister Code, Stock Option, and the list does not end.

Amin Joseph finally found his first breakthrough role in a television show called Snowfall, where the series explores the early days of cocaine trades during the 90s. A couple of years later, Amin Joseph got to play with the big boys – specifically Dwayne Johnson & Zac Efron, in their movie called Baywatch in 2017. Since then, Amin’s been picked as a cast for a movie up to this date.

Moreover, outside of Amin’s acting career, he has his own production company called Dark Energy Pictures, specializing in horror, sci-fi, and action genres for their films.

When it comes to relationships and love life, Amin Joseph keeps most of his relationship details from the public. But his wife, Felicia Joseph, says otherwise.

Amin and Felicia both wedded each other in December 2017. Unfortunately, the wedding location is unknown. But we can assume that they had a happy and memorable ceremony with their family and friends.

Before the wedding, Amin’s wife, Felicia, was already pregnant with their child, Azana Kali. Nevertheless, the one big happy family cherishes their lives together as we know it.

Amin Joseph has appeared on our screens for over 50 television shows and films combined. It’s no doubt that he has already established himself as a star as of today.

With the number of projects and celebrities Amin collaborated with, his net worth is expected to be around $1,500,000.00.

Let’s move on to the early days of Amin Joseph. The now 41-year-old actor Amin Joseph was born on the 26th of April 1980, in New York. Unfortunately, details about his parents are unknown except that they are natives of Antigua.

Moreover, we could not find any information on whether Amin has siblings. Amin is a very secretive person about his personal details.

Amin studied at Howard University and graduated years later. He’s one of the star alumni of Apollo Theater, a world-renowned theater where he interned during his teenage years.

An underrated great actor and talent in the industry, Amin Joseph deserves all he has right now; a loving family and a successful career that will take him to greater heights.